The story of Ray and Dorothy Davis is interwoven with the story of Frisco. Their memories, and those of their family, bring back a time when the nature of small-town folks and country people infused Frisco with a spirit that is hard to recapture.

Frisco, Texas, once a small town that’s located 20 miles north of Dallas, had a neighborly atmosphere in 1945. That ethos partly inspired Ray Davis to help a neighboring family dig out a storm cellar. There Ray met the love of his life, Dorothy Howard.

Their courtship, family-centered values and hard work ethic are definitive of the “old” Frisco, the Frisco the Davis family recalls nostalgically for its simplicity and sense of small-town camaraderie.

Ray’s work ethic and skill as a mechanic led him to start his own business, which eventually became a vital part of the Frisco farm economy. In the process, he and Dorothy raised four wonderful children, who today are each successful, and each helping the Frisco community grow and thrive.

This is the story of a loving couple, their community, and the village it takes to raise a family.

Most of the theater, at 6983 Main Street, had burned to the ground in a devastating downtown fire on September 2, 1922. The brick facade remained, however, and the theater was rebuilt, but it wasn’t always a sanitary place. At one point, it was infested with rats, which people said would stand up in the aisles and eat popcorn!

By the time Ray went to that movie in 1954, the theater, now formally called the Rio, was much nicer. It had been remodeled with a new screen and new acoustics, and had wooden seats that folded up. Also, the rats had been given their walking papers.

When an opportunity presented itself, Dorothy sought Ray out. It happened by chance. She had gone to downtown Frisco with her parents and had run into Ray’s sister-in-law Ruth Ann and a bunch of other people who were standing around on Main Street talking. The sister-in-law told Dorothy that Ray and a friend of his were in the movie.

There was no question about where that movie was showing. Since the early 1900s, there had been only one theater in town, which everyone just called The Picture Show.

At first he didn’t notice her. Then he finally said, “What are you doing in here?”

She replied, as if quite surprised, “Oh, I didn’t know that was you!”

That was the first time Ray and Dorothy ever sat together in a movie. It wouldn’t be the last.

So Dorothy was planning on going into a pleasant place when she got 30 cents from her daddy to buy a ticket. She went inside and stood in the dark checking out the western playing on the screen and trying to make out which of the people in the audience was Ray. There he was. And there was an empty seat next to him! Her plan was working out fine. She made her way through the dimness and took the seat as if she didn’t even know he was there. 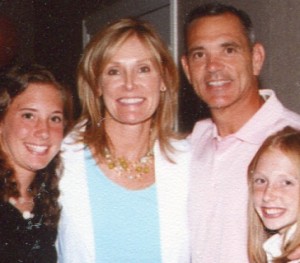 “The process was fun for the entire family – sitting around listening to stories, reminiscing, laughing about memories. We loved that so many of our immediate family members were able to participate in some part of the process.”